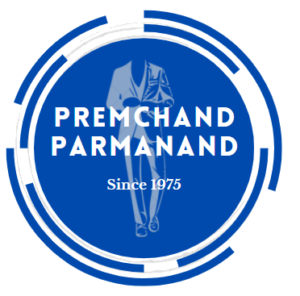 Maharana Udai Singh II established Udaipur in 1557 A.D., one of Rajasthan’s most beautiful cities. According to legend, Chittorgarh was the capital of the Rajput kingdom of Mewar. Still, it was assaulted by the Mughals several times, prompting a shift to Udaipur in 1568 A.D. Surrounded on three sides by the Aravalli range, the steep mountains provided a natural barrier to this fort-city, resulting in one of India’s most historically rich cities.

Because of the Mewars’ interest in art, Udaipur is full of tourist attractions, which is why planning a trip to Udaipur might be difficult at times. However, we’ve attempted to showcase the top 10 places to visit in Udaipur in this list.

The world-famous Lake Pichola is 4 kilometers long and rivals the beauty of Venice and other European cities. To fully appreciate the lake, you must go on a boat trip and explore the two islands in the lake – Jag Mandir & Jag Niwas. It’s not acceptable to skip a trip to Lake Pichola to go sightseeing in Udaipur. It is, after all, one of the best places to visit in Udaipur.

The Jagdish Temple, over four hundred years old, is dedicated to Lord Vishnu and features intricate sculpture, intricately-carved pillars, and completely breathtaking masonry, as do all other Udaipur tourist attractions. Did you know that Jagdish temple was built in accordance with the Vastushastra school of construction architecture? According to this philosophy, a building’s design may be improved to channel positive energy flow.

This area was used in several James Bond movies, including Octopussy, which was filmed here in 1983. The Jag Mandir was erected over a period of many years, with work beginning in 1551 and continuing for more than two centuries. It’s on Lake Pichola and may be accessed by boat from the Bansi Ghat Jetty. The city’s medieval architecture is terrific, as are the lovely sceneries throughout Rajasthan. The Bara Palace features 12 solid marble pillars, while the Gul Mahal once had walls inlaid with rubies. Jag Mandir, as well as the best places to visit in Udaipur, should be included in your itinerary.

The Udaipur City Palace is more than 300 years old, but it has remained in excellent condition thanks to the government’s rigorous care. The palace is on the banks of Lake Pichola and incorporates a striking combination of Mughal and Mewar architectural styles. The City Palace is huge, and it’ll take a full day to see everything. Even after seeing it all, you’ll be yearning for more. It’s one of the awe-inspiring places to visit in Udaipur.

This installation, which includes a beautiful park, rain fountains, and a museum with artifacts from Maharana Sangram Singh’s royal household, was inspired by the legend of Maharana. If you’re visiting with your family, the stuffed animals on display will be a hit, and the Lotus pool is an ideal place to spend time with your loved ones. When at Saheliyon ki Bari, a day of fun and frolic awaits you, making it a perfect tourist stop in Udaipur.

Bagore Ka Haveli is a 700-year-old ancient monument with a checkered history. It has been sold & purchased so many times, and it was in poor condition until about 30 years ago. Then, the West Zone Cultural Centre took over,  restored all of the broken walls and pillars, and reused the same traditional methods to construct them in the first place. It’s now open to the public, and it doesn’t disappoint as one of India’s most fantastic tourist attractions. There are over 138 rooms where you can get lost, stunning artwork that will entice you to sleep, and much more fascinating history! Stay until late in the evening, and you’ll have a night; your life won’t be complete without Rajasthani music and dance. What’s even better? It’s quite close to Lake Pichola, so after the performance, you can simply arrange a dinner. Do try out some of Rajasthani cuisine; it is delectable food!

Today, to purchase a flower vase, we simply snap out our phones and pick from among thousands of designs before purchasing one that doesn’t have us move. However, in a village, we would need to build one ourselves. To shed some light on this very way of life, the Rajasthan state government operates an art center called the Shilpgram, which translates to ‘village of art.’ During your stroll around this full-scale replica of a self-sufficient Indian village, you’ll be amazed at the range of architecture on display. There are more than 30 distinct installations to discover, and it’s a fantastic spot to bring your kids to. Every year, they hold a huge event called the Shilpgram Utsav, in which people from across the country participate. Shilpgram takes you back to your roots, making it one of the greatest places to visit sightseeing in Udaipur.

On the west side of Lake Pichola, in one of the world’s most lovely cities, Bujera Fort, a magnificent new fortification in Aravali hills on the west side of Lake Pichola with views of City Palace, Lake Palace, and Monsoon Palace. Bujera Fort has a unique, almost ancient look about it. It was built entirely on traditional lines with 86 hand-carved stone columns and many Jarokas in local stone. The majority of the doors and windows have been preserved, giving the impression that you’re inside a building from centuries ago.

Your kids will enjoy themselves to the fullest here. With the aid of a British horticulturist, Maharana Fateh Singh created one of India’s largest biological reserves, the Gulab Bagh and Zoo, in 1887. The thick rose orchards that may be found here gave the garden its name. Gulab Bagh and Zoo also features a library; a huge lake called the Kamal Talai, an acupressure park, and a tiny zoo, in addition to hundreds of distinct plant species. The toy train is the main draw, but it’s worth noting that there are wonderful vistas of Lake Pichola from here. You won’t want to leave when you’re in Gulab Bagh, which makes it one of the finest tourist locations in Udaipur.

The Sajjangarh Palace is built on a hilltop and has stunning views of Fateh Sagar Lake. When in Sajjangarh, you should pay a visit to Tiger Lake and the palace. In some ways, though, Sajjangarh is a better destination than Udaipur. Although renting a car to and from Sajjangarh is not necessary, it’s a difficult trip. Doesn’t this make Sajjangarh one of the greatest places to visit in Udaipur?

ONE STOP SHOP FOR YOUR CLOTHING REQUIREMENTS.